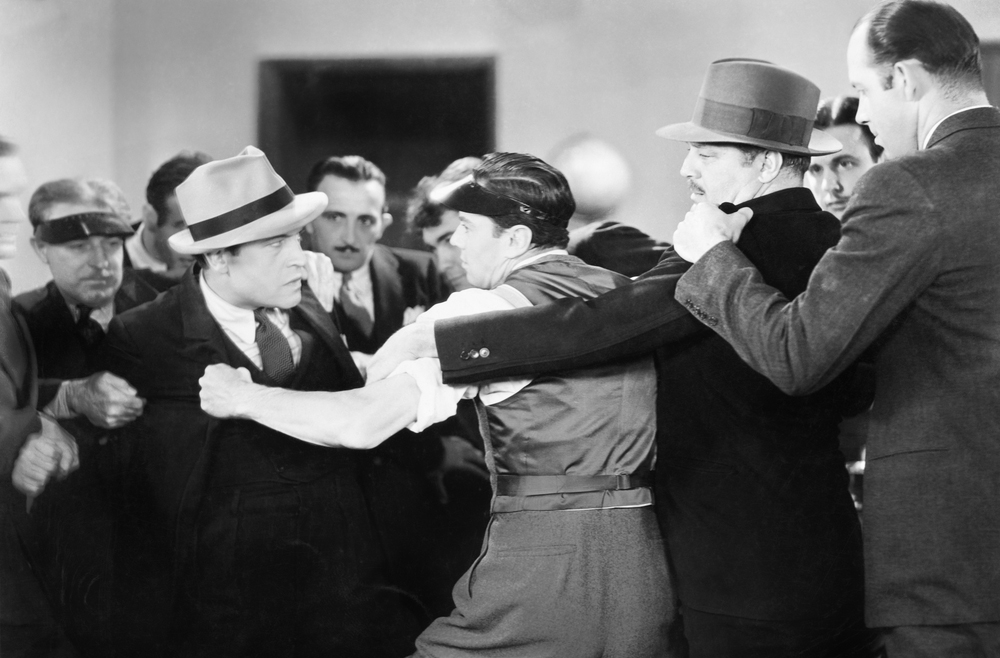 In a rowdy-dow rumble reminiscent of a Max Sennet Silent Comedy Classic, the Saudi government today fessed up that WaPo Columnist Jamal Khashoggi died during a kerfuffle that escalated into a full-blown brouhaha.

From what we can make out of the Arabic-language statement released by the Saudis, the farcical tragicomic death occurred when Khashoggi went to the Saudi Consulate in Istanbul (not Constantinople) to get a document so he could marry his Turkish fiance. He was greeted by either 15 or 18 security thugs who were there just in case the 60-year old journalist turned violent.

According to my translation of the dispatch, the discussion turned to talk about the angry mobs of Democrats who want to ruin America. The thugs asked Khashoggi, since he lived in America and all, to demonstrate ways that Democrats attack defenseless Trump-loving patriots. They reacted instinctively when the journalist raised his hands in objection, shoved him, causing him to fall on a bone saw that was there for some reason.

When Khashoggi tried to break his fall, he severed all 10 fingers. He stood up to show the bloody stumps to the 15 or 18 thugs, and the sight of his bloody hands so startled them that they shoved him again, causing him to fall on the bone saw again. This time, the saw both beheaded and dismembered the journalist.

The Saudis clearly understood that the Crown Prince would be irritated at the mess Khashoggi made, so they stuffed his self-dismembered body into Hefty bags, put the bags into two vans, and hid the parts out in the woods where the Turkish wolves could feast on them.

Sure, it seems implausible. But the Saudis do spend a lot of money in America. Can’t we give them the benefit of the doubt, just this once?