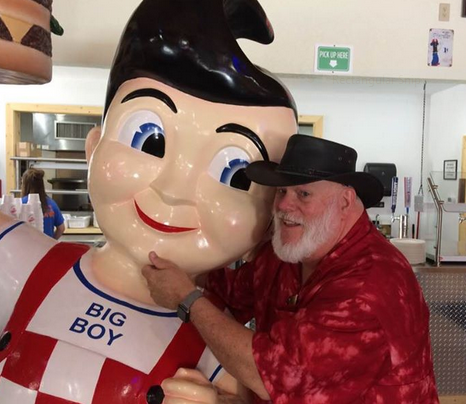 When I was hired to be the program director and morning show host at KGYN in Guymon, OK, the job came with an understanding. KGYN was a conservative talk station in a conservative area and should focus on doing a happy news morning radio show and keep my non-conservative opinions to myself.

At first, it was easy. But the closer we got to the midterm elections something became sickeningly obvious. The syndicated right wing talk hosts on the station realized that the only way the GOP could even dream of clinging to power would be if Trump voters could be lied to and scared into turning out to the polls. And the more desperate these right wing echo machine voices got, the less they concerned themselves with adherence to the truth, or even common decency.

At KGYN, right wing thought prevails. Mike Gallagher is on the air from 9 until 11. The white supremacist Laura Ingraham is on from noon until 2. The right wing goofball Joe Pags is on from 5 until 8.

Seven hours out of the broadcast day devoted to repetition of the right wing talking points.

Democrats want mob rule (never mind the Proud Boys or the tiki-torch carrying Nazis or the right wing ranchers who held the government at gunpoint or the hectoring for violence by the president as he congratulates a Montana congressman for bodyslamming a reporter while said president covers up for the butchering of a Washington Post columnist).

Then there’s the foghorn racism of drumming up fears of “The Caravan” coming to invade America because George Soros is paying them to storm the border so they can vote for Democrats. The gleeful racism displayed by Gallagher and Ingraham and Pags during the recent Elizabeth Warren controversy that finally pushed me off the fence.

I was the program director for this particular radio station. I kept it on the air so that Gallagher and Ingraham and Pags can lie and distort and dissemble and drum up hate and fear and racism.

Seven hours every weekday, with no thought given to even an hour or two of presenting an alternative viewpoint.

I know that quitting KGYN won’t do a thing to stop these voices of hatred from spreading their toxic talk.

Still, I quit. I am no longer complicit.

And that will have to do.