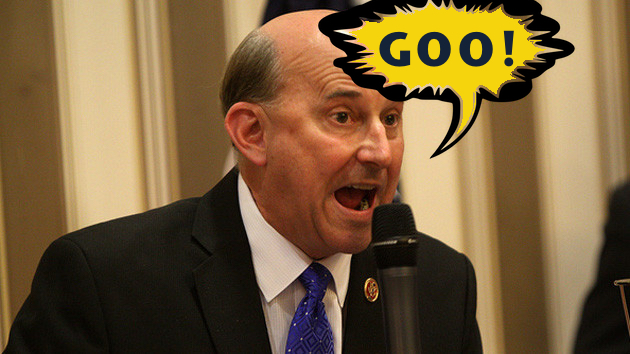 The Liberal Shadow! A man of mystery who strikes terror into the very souls of fascist evil-doers everywhere. Bill Schmalfeldt, a man of wealth, a student of science, and master of other people’s minds, devotes his life to righting wrongs, solving crimes, protecting the innocent, and punishing the guilty. Using advanced methods that may ultimately become available to all law enforcement agencies, Schmalfeldt is known to the right wing underworld as The Liberal Shadow; never seen, only heard – as haunting to superstitious minds as a ghost; as inevitable as a guilty conscience. With his friend and constant companion, the lovely Diane Kelley, The Liberal Shadow meets up with danger tonight when — The Ghost Walks Again.  (Adapted from an actual script from “The Shadow”.)

This is, probably, the sort of thing that so aggravates the right wingers stalking my social media, leading them to

One Reply to “The Liberal Shadow in “The Ghost Walks Again””